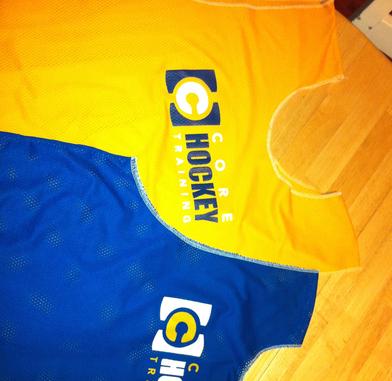 Story behind the logo:

Gold Color: The color of Gold represents the standard of "Excellence". The expectation at Core Hockey Training, is we will provide a Gold winning performance in every session. "Excellence" is what we will achieve with each player, leaving them with more knowledge and a passion to improve their Core Skills!

The Meaning of the 'C': It stands for what we believe in, Character, Commitment and Courage. These three traits are vital for a player to improve their Core skills. The player must have the character to know he/she can always improve his skills no matter how good they might be at the time. They must be committed to practicing, and understanding the importance of proper technique. The player must have the Courage to know they will make mistakes (and and if they stay positive and focus, their skills will be better every day!